"People are always surprised that black people reside in the hills of Appalachia.  Those not surprised that we were there, are surprised that we stayed.  My Family lived in the hills of Kentucky for four generations.  My grandmother came from a long line of women who worked hard and cooked well.  The long lists of food I'll describe here will make you think my folks had deep pockets, but they didn't.  Hardworking poor blacks who couldn't break the barriers of nepotism or racism in education or the workforce, they continued the tradition of farming.  Tobacco.  Corn.  A few head of cattle.  A few dairy cows.  My grandparents lived primarily off the land.  They owned sixty-four acres and had a modest income from the crops they raised.  My grandfather prided himself on taking care of his family, his animals, and his land.  My grandmother prided herself on making sure her family was fed.  I read somewhere once that pride stems from fear.  I imagine my grandparents were hungry more than once in their youths, but I never was."  Crystal Wilkinson.
.
Pairing Crystal Wilkinson with an essay Wendell Berry wrote 3 decades ago, at bottom, with introduction by Alice Waters, are parallel odes, to our core life, where we make the choices.  Choices with meaning, whether we know it or not, and whether we make the choices or not.
.
“It is our choices, Harry, that show what we truly are, far more than our abilities.”
― J.K. Rowling, Harry Potter and the Chamber of Secrets
.

“Attitude is a choice. Happiness is a choice. Optimism is a choice. Kindness is a choice. Giving is a choice. Respect is a choice. Whatever choice you make makes you. Choose wisely.”― Roy T. Bennett, The Light in the Heart
.
Quotes, above, here.
.
Essays by Crystal Wilkinson, and Wendell Berry, found at, Emergence Magazine, an online magazine focusing on ecology, culture, spirituality.  (This is not a paid endorsement.) 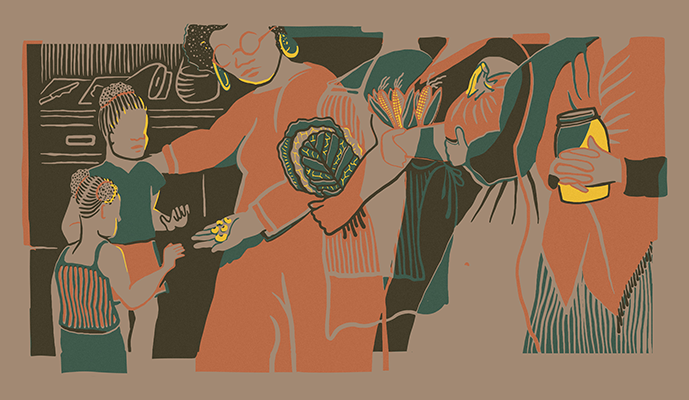 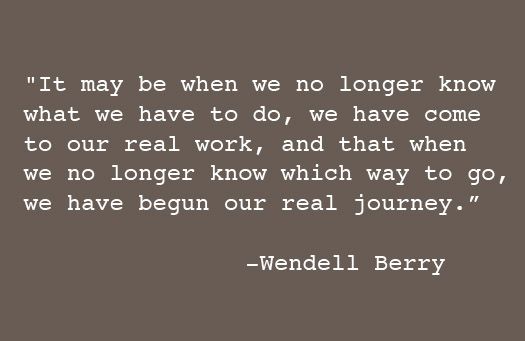 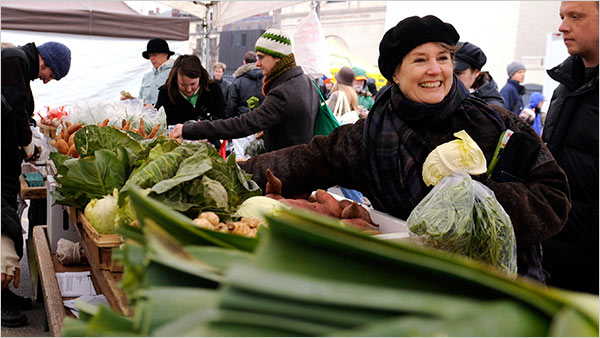 
The Pleasures of Eating, by Wendell Berry.

.
Introduction, below, by Alice Waters.
.
When I first read Wendell Berry’s essay The Pleasures of Eating nearly thirty years ago, it electrified me. Wendell launches the essay with that brilliant line of his: “Eating is an agricultural act.” That statement reverberated deeply and articulated for me a fundamental truth about how I want to live my life.
At the time this essay was published, I had been running Chez Panisse for about eighteen years. I had started the restaurant as a little place to feed my friends in the counterculture—a place where we could gather around the table, eat delicious food, and discuss the politics of the time. We didn’t set out with food activism in mind. Instead, it was our pursuit of taste that brought us to the doorsteps of the small, local organic farmers. As we developed relationships with those producers—men and women who were growing flavorful heritage crops and farming in traditional ways that protected the land—we realized how dependent we were upon them, and they upon us. Over the years, that local network of organic suppliers came to define the food and philosophy at Chez Panisse. We realized how much our lives were enriched by the values they brought into the restaurant. We were experiencing a dawning awareness that our everyday food choices were agricultural—were, indeed, political—and that we could either choose to strengthen the global industrial food system or choose to participate in an entirely different local, rural economy.
In these three intervening decades, I have come to fully understand the astonishing, uncanny prescience of Wendell Berry’s vision. Here, he outlines the entire dysfunction of our current industrial food system: namely, how the food industry divorces us from the land, and in doing so, pulls the wool over our eyes about the wrongdoings taking place within that system every day. Wendell shows us how we are all victims of fast food culture, made passive and dependent by the multinational industrial food conglomerates. We have all been indoctrinated by the values of this fast food culture, told that cooking is drudgery; that food should look and taste the same all year round, wherever we are in the world, no matter what the season; that time is money, and speed should be cherished above all else; that our choices, food-related or otherwise, have no consequences.
These are, of course, a series of falsehoods, and Wendell exposes them all with piercing clarity. These falsehoods resonate even more today in the face of imminent climate chaos. But Wendell’s is also a message of hope: here he guides us with seven practical, succinctly presented suggestions for how we can lead our lives more humanely. These proposals are simple. They make sense. They connect us to the land and to the traditions that have sustained us since the beginning of civilization. And they are pleasurable.
Pleasure, to Wendell, is essential. This essay is a warning, but it is also a reminder of the joy that comes when you live in tune with the natural world. In this manner, too, Wendell could see into the future. He saw the potential for a powerful counterforce to fast food culture, one based around those earthbound values that knit us together as human beings on this planet.
Wendell Berry was more than just prescient. He wrote in such a lucid, lyrical way that we have as much to learn from him now as we did then—more perhaps, now that we need so desperately to hear his hopeful message. Thirty years later, I believe we are ready for Wendell.
.
From, Wendell Berry's, The Pleasures of Eating, below,
.
"It is possible, then, to be liberated from the husbandry and wifery of the old household food economy. But one can be thus liberated only by entering a trap (unless one sees ignorance and helplessness as the signs of privilege, as many people apparently do). The trap is the ideal of industrialism: a walled city surrounded by valves that let merchandise in but no consciousness out. How does one escape this trap? Only voluntarily, the same way that one went in: by restoring one’s consciousness of what is involved in eating, by reclaiming responsibility for one’s own part in the food economy. One might begin with the illuminating principle of Sir Albert Howard’s The Soil and Health, that we should understand “the whole problem of health in soil, plant, animal, and man as one great subject.” Eaters, that is, must understand that eating takes place inescapably in the world, that it is inescapably an agricultural act, and that how we eat determines, to a considerable extent, how the world is used. This is a simple way of describing a relationship that is inexpressibly complex. To eat responsibly is to understand and enact, so far as one can, this complex relationship. What can one do? Here is a list, probably not definitive:..."
.
List, here.
.
Garden & Be Well,    XO T
Posted by Tara Dillard at 11:10 AM

This is an exciting subject and I love seeing young adults I know who really care about this. I bet more and more of them are raising their children to care about it too. I remember first reading Barbara Kingsolver's Animal, Vegetable, Miracle and passing it along to a grandson. Now he and his wife are trying to live as close as possible to this way of life with their 3 year old and baby. They have hens and ducks and turkeys and plans to expand gardens as their kids grow older. I love it when young people choose to do this.