Fruit Trees Need Guilds & Why You Must Know

Lovely, below, excepting why is the guild missing?  Before learning what a guild is, I would have thought this garden, below, 'complete'.
.
Do you know what a guild is?
.
No?  Parlay what you know a guild to be, in secular life, into the orchard. 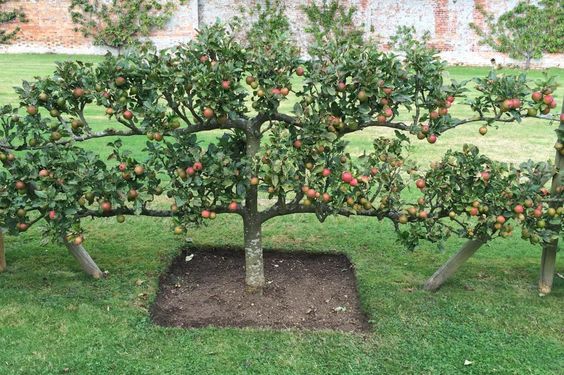 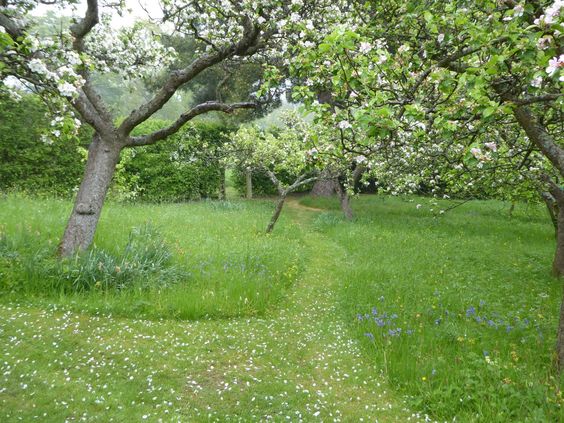 Pic, above, Long Barn, here.
.
Seeing the orchard guild, above, can you describe what the guild is doing?
.
No, I couldn't either at the front end.
.
An orchard guild is a mix of plantings, blooming at the same time the fruit trees are blooming, increasing pollination.  Increasing fruit tree yields by 80%.
.
Do the math.
.
By weight & lucre, a fruit tree guild is your best employee.
.
Looking at the Google definition of guild, above, the mention, "related to yield."
.
So. moving along, knowing what a guild is, seeing this orchard, below.  I would like to see this orchard in bloom, trees & guilds.  The guilds, below, seem more appropriate to pleasure gardening not agriculture.  What percentage of the guilds are flowers blooming before/after the fruit trees, not providing support, pollinators, to fruit tree yield? 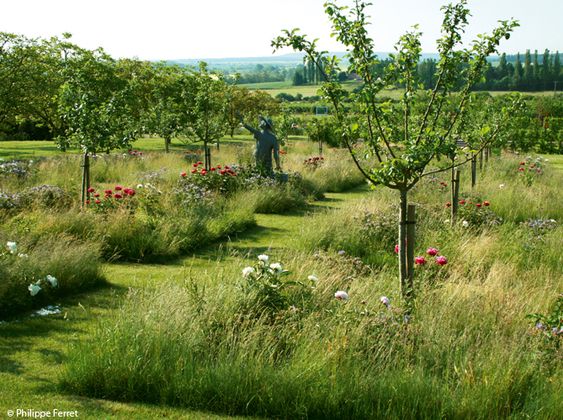 Pic, above, here.
.
Guilds in an orchard are a symbiotic wilding.  Excepting the skills/knowledge of fruit tree guilds has become re-wilding.
. 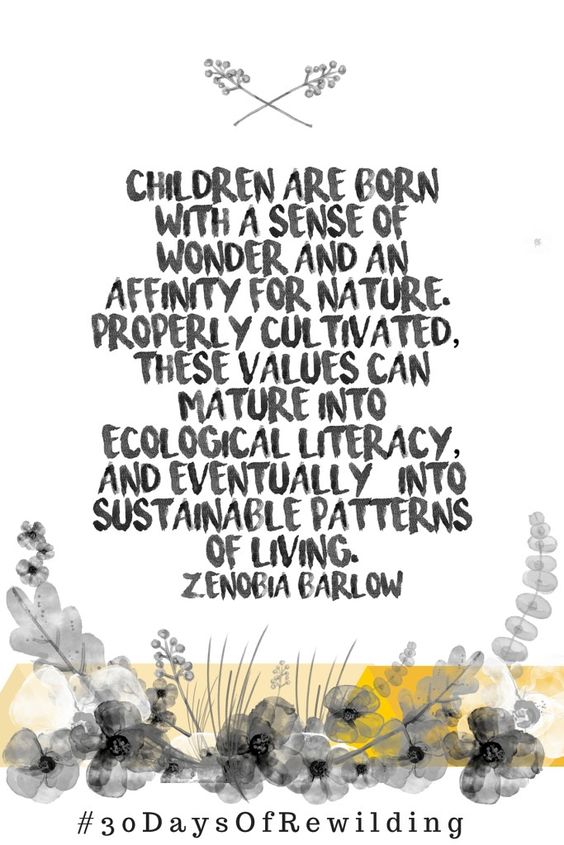 Pic, above, here.
.
Nice sentiment, above.  Excepting we're more than 1 generation past agrarian & pastoral knowledge in the macro.
.
Zenobia Barlow, has created a system of ecoliteracy.  Actively educating about ecoliteracy.  Rewilding knowledge.  What are the bridges needed in Ecoliteracy?  Barlow has been drawing the map, aiming for territory.  Fabulous start.  Dozens more strategic voices needed.  We don't know, what we don't know.  More, Barlow's map covers myriad disparate layers, she knows she doesn't know & creates space for unknowing to become knowing, on the map to territorial knowledge.
.
Decades I've been teaching at the local college, Atlanta Botanical Garden, Extension Service classes and Master Gardener's training.  Never a day passes I don't learn something important about gardening ornamentally or agriculturally.  More, much of the learning is counterintuitive.  What a ride !
.
I add, below, for anyone interested in working with schools and ecoliteracy.  Learning from what they've already done, and adding to their knowledge.  A system designed with stewardship.  Another arrow for your quiver.
.
Why you must know what a fruit tree guild is?  Ecoliteracy.  Know this, get significantly more fruit for less money, less effort.
.

The Center for Ecoliteracy where this article originally appeared supports and advances education for sustainable living. You can follow its work at www.twitter.com/ecoliteracy; he has also written for the Toronto Star and The New York Times, among other publications.
Zenobia Barlow, executive director of the Center for Ecoliteracy (www.ecoliteracy.org), coauthored Ecoliterate: How Educators Are Cultivating Emotional, Social, and Ecological Intelligence (Jossey-Bass, 2012) and coedited Ecological Literacy: Educating Our Children for a Sustainable World (Sierra Club Books, 2005) and Ecoliteracy: Mapping the Terrain (Learning in the Real World, 1999), in addition to her role leading the Center’s grant-making, educational, and publishing programs. "
Print
Loved This? Pass It On!  1488
Garden & Be Well,   XO Tara
Posted by Tara Dillard at 11:38 AM No comments: